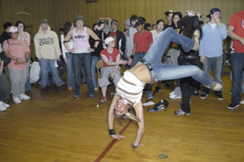 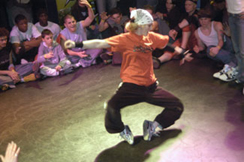 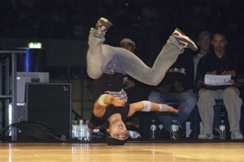 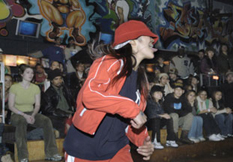 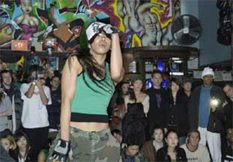 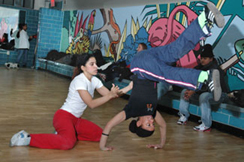 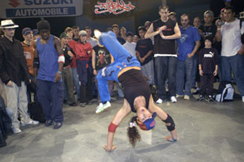 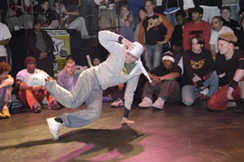 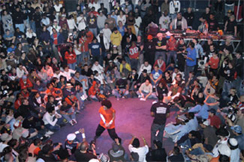 “Women have always been right there on the front lines in Hip Hop, adding our flavor to what the men are doing and making it our own. B-girlz have been holding it down from the jump. It’s good to see them finally getting the recognition they deserve with We B*Girlz.”
—Missy Elliott

In 1985, B-Boys were all the rage, but where were the girls? Fast-forward twenty years for the answer: We B*Girlz, a lively look at the hot and happenin’ world of B-Girlz of the twenty-first century as documented by photographer Martha Cooper and writer Nika Kramer. Breaking is back with a new twist as today’s stylish fly girls can battle the best of them.

Featuring pioneering B-Girlz like Rokafella from the Bronx, who now dances professionally, and Asia-One from L.A., who organized and promoted the B-Boy Summit for ten years, We B*Girlz—the first handbook for accomplished or aspiring B-Girlz and the boys who admire them—showcases the dynamic style and nonstop energy of B-Girlz in action, in practice, and on stage. Providing inspiring insight into a previously little-known subculture that has swept the world, We B*Girlz includes chapters on “Herstory”, “Girlz n’ Crewz”, “B-Boys”, “Floor Warz”, “We B-Family”, “We B-Stylin’”, “B-Girl Careers”, and “B-Girl Resources”, including information on websites, gear, events, competitions, and classes.

Cooper and Kramer first began documenting the new breed of B-Girlz in a breaking competition in Germany in 2004. Following the dancers to the biggest battles—including Mighty4 in San Francisco, the Spinfactor Finals in Rhode Island, Breaklanta in Atlanta, IBE in the Netherlands, and the International Battle of the Year in Germany—they photographed and interviewed B-Girlz representing everywhere from South Africa to New Zealand, from New York to California, and from Japan to Germany. Culminating in the first annual We B*Girlz competition at veteran B-Boy Ken Swift’s studio in Brooklyn, Cooper and Kramer’s work will introduce a new generation to the art of B-Girling.

Martha Cooper is a documentary photographer who has specialized in urban vernacular art and architecture for more than twenty-five years. Cooper worked as a staff photographer for the New York Post from 1977 to 1980, when she left to follow the emerging Hip Hop scene. In 1984, in collaboration with Henry Chalfant, she published Subway Art (Thames & Hudson), the classic book showcasing the best painted trains of the era that has been dubbed “The Bible” by graffiti writers. Cooper’s other books of photographs include Hip Hop Files: Photographs 1979–1984 (From Here To Fame, 2004) and R.I.P.: Memorial Wall Art (Henry Holt, 1994) with text by folklorist Joseph Sciorra. The Director of Photography at City Lore, the New York Center for Urban Folk Culture, she lives
in Manhattan.

Nika Kramer, writer and translator, is the text editor of Hip Hop Files: Photographs 1979–1984 (From Here To Fame, 2004). She lives and works in Berlin and New York.

Ana “Rokafella” Garcia is a Spanish Harlem–born Hip Hop dancer and choreographer who has danced with crews such as The Transformers and The Breeze Team before joining the Hip Hop dance company GhettOriginal. Rokafella has appeared in music videos such as Fabolous’ “Youngin’”; is the cofounder of Full Circle Productions, a Hip Hop artist collective; and appeared in Soular Power’d, a Hip Hop theater show she codirected with her husband, B-Boy Kwikstep. Rokafella has done work for artists like Will Smith, Mariah Carey, Whitney Houston, and Tito Puente, among others. She lives in New Jersey. 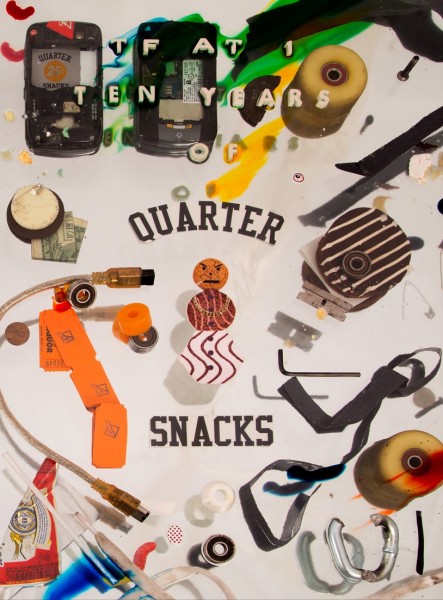 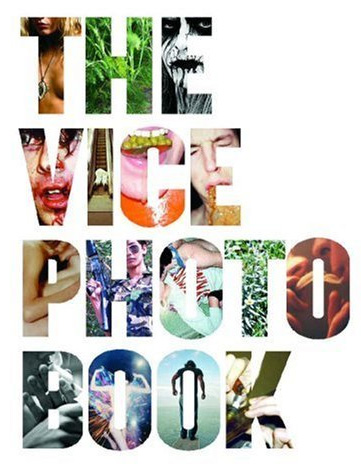 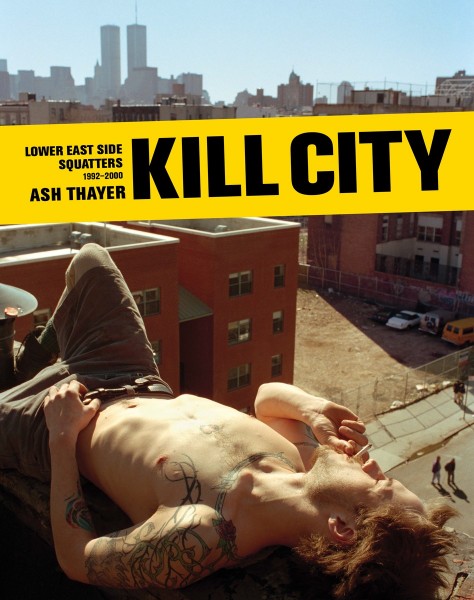 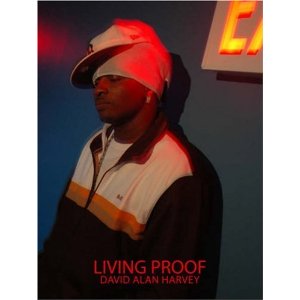 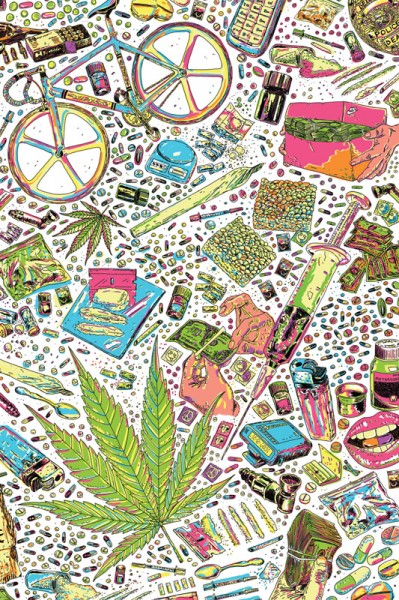 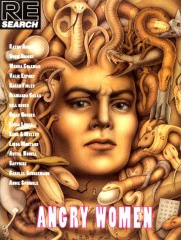 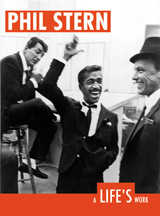 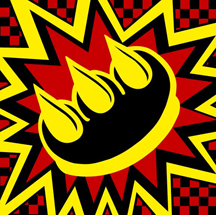